Crayola Plunges into the Deep End of the Licensed Characters Pool

One of the interesting differences in Crayola's 100+ year history is that when compared to other crayon companies, they had very few licensed characters featured on their containers.

There were some early on such as these rarities: 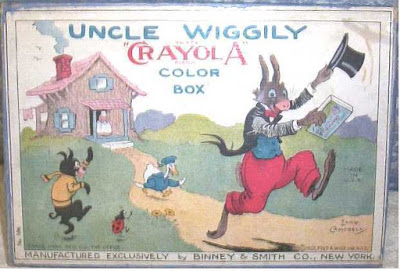 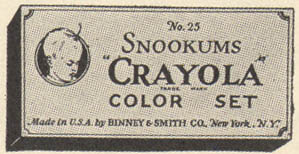 But these were done in the early 1900s and are quite rare.  In fact,the Snookums box is so rare that none are known to exist so far.  I've written about that box before.  Baby Snookums was perhaps the first child movie star to have products licensed.  Alas, he ultimately died due to "blood poisoning" before reaching his teenage years.

Still, Crayola only had a handful of licensed characters clear up until this century.  Then all of a sudden we started seeing Disney boxes coming out of Asia.  You never know what is legit coming out of Asia but they looked official enough. 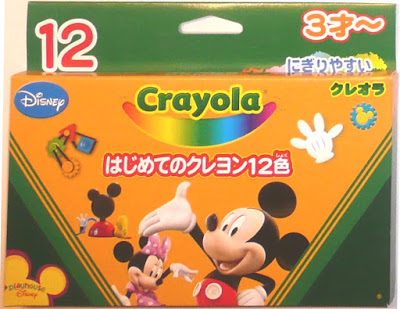 And in 2014 we started to see other sets using popular licensed characters show up after their huge success with the Target/Walmart themed box sets.  They suddenly had 3-box sets of Avengers, Disney heroines and Disney characters. 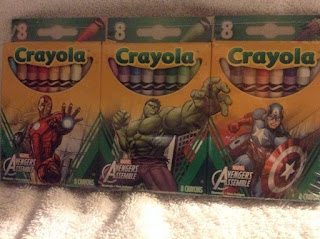 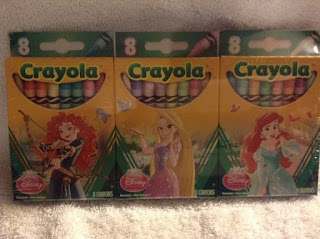 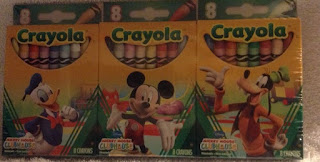 It is an interesting move considering the industry history.  Golden spent years using licensed characters trying to sell their crayons and history is overflowing with other companies failures to make it through the use of licensed characters.

Were these one-offs?  Is this just a passing trend or a new direction?  We'll all have to wait and see how it shakes out over time.  Still, it gives us something new to add to the collection!  For that we are all thankful.
Posted by Ed Welter, the crayon historian