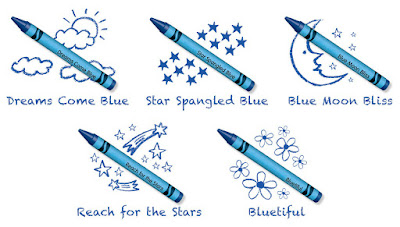 Well, the naming of the new blue color for Crayola's replacement from the retiring Dandelion is one step closer.  The general naming ended early June and now people are voting on the five final color names. 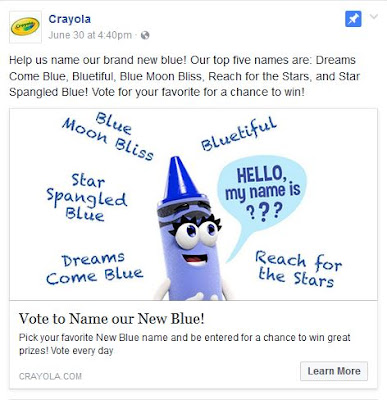 From almost 90,000 submissions, Crayola selected the following finalists for the new blue hue: Dreams Come Blue, Bluetiful, Blue Moon Bliss, Reach for the Stars and Star Spangled Blue.  People can vote until Aug 31, 2017 on the finalists.

First, you have to go to the Crayola website and enter your Birthday. 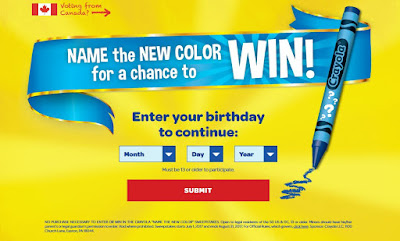 After that, they show you the five final color names with mock ups of each color as it would look on the crayon wrapper. 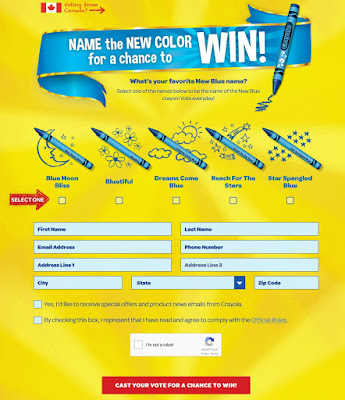 Check the one you like and fill in your data for the contest and then they will show you where the current voting stands for each one. 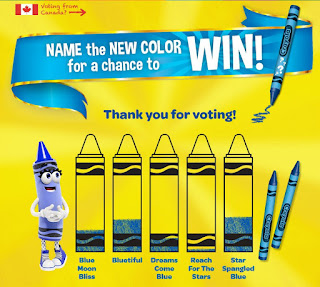 Crayola opted not to use the pigment's name of YInMn Blue, after its chemical makeup of yttrium, indium and manganese oxides and went with the naming contest as they have done in years past.

The final five blue colors were based on three categories: creativity, uniqueness, and capturing the innovation in the new blue pigment.

The winner will be revealed in Sep 2017 with the new color showing up at the end of the year or by early 2018.
Posted by Ed Welter, the crayon historian