A Conversation with the Binney Family

One of the pleasures of doing my website and crayon blog are the interesting people I get to interact with online.  I was just recently contacted by Kristin, a great-great granddaughter of none other than Edwin and Alice Binney.  Of course, everyone should know that they were responsible for Crayola.  While Edwin’s father, Joseph Binney was ultimately the original founder of Binney & Smith (now Crayola), it was Edwin and Alice that took it in the direction of crayons and set forth their amazing growth over a century of success.

Now if you’ve seen my name anywhere on the Internet, I’m a stickler for accuracy when it comes to crayon history.  I leave comments and try to set forth rights from wrongs when it comes to mis-information.  But she had contacted me after reading some pieces of Crayola history where in one part I had mistakenly identified Joseph as Edwin’s uncle and not his father.  I was happy to correct that.  I actually knew that but we all make mistakes and certainly my website has its share of typos, incomplete stories, etc.  But I try to be as factual and unbiased as possible.

It was a pleasure to trade emails on crayon history back and forth.  Interestingly, she is an artist by profession.  What was especially joyful in our email exchanges is that she shared a number of amazing photos that I have never seen before.  Ultimately they will probably end up in the Smithsonian where there is a large volume of records from Crayola.  I know; I spent three solid days just researching that information years ago in order to put the pieces of crayon history together.  It's the right place for them so that others can learn from their heritage as well. 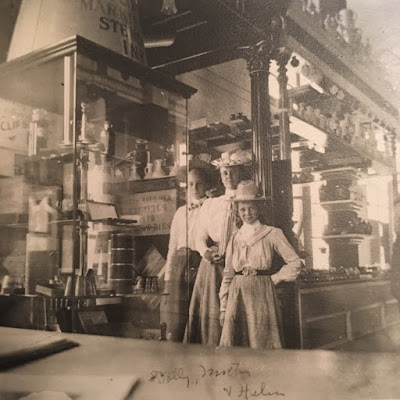 Perhaps the biggest jaw dropping photo was of Alice Binney with her daughters, Dolly and Helen standing by the 1904 St. Louis Exposition display.  This is so significant for crayon history because it was there that they won their gold medal for their anti-dust chalk and then later used that as one of their identifying items on their crayon boxes for the next 50 years!  And Alice was the one that came up with the Crayola name in the first place!  Wow…so impressed that this exists.  I mean, it was 1904 so it’s not like they have a selfie-stick and a mobile phone for photos.  In fact, photos were still uncommon in that era.

But even more astounding is the photo of Joseph Binney.  This is a photo of Joseph Walker Binney from  1854 in his uniform. He was an officer in The Crimean War - Aid De Garrys of Lord Cardigan. 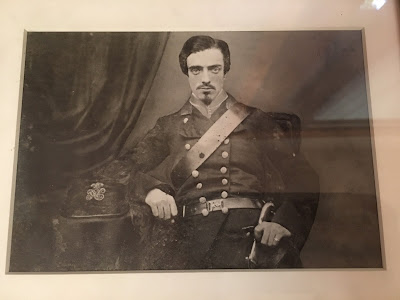 It’s extremely rare to have a photo from the pre-civil war era.  They represent yet another glimpse into our history through the family photos of those who made America what it became.  For that they can be proud of their family heritage.

Another picture of Joseph and Annie Eliza (Conklin) Binney from 1864 was also among the photos.  Taken a bit later, this is also rare as most of the crayon history research I do doesn’t turn up much on the wives of the founders and yet they too are an important part of the history. 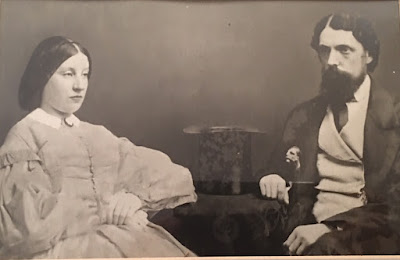 And we wouldn't be complete without a photo of Edwin Binney.  I had seen this used before but it is worth sharing again. 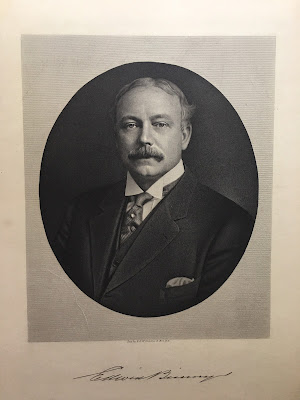 She shared several photos of life at the Binney & Smith office.  This would have been the New York office around the 1900-1910 timeframe.  This first is of somebody important to the company sitting at his desk (we are not sure who). 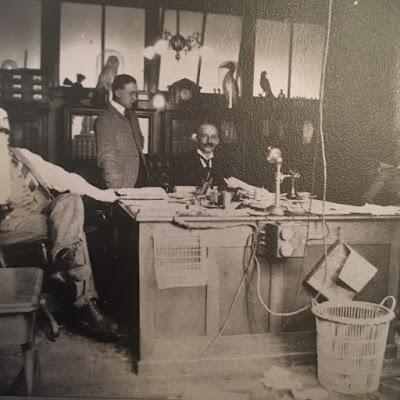 This next one is of employees at the office.  They would have been some of the first employed by the company.  Perhaps with enough research from the Smithsonian, one could identify who some or all of these were. 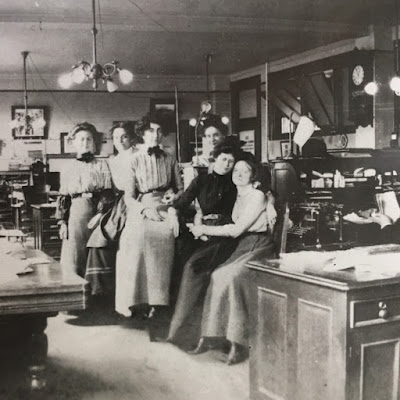 I love the old typewriting in the shot and the fashion and even small items are all fascinating as they represent a time gone by.  This next one is an expanded photo of the office. 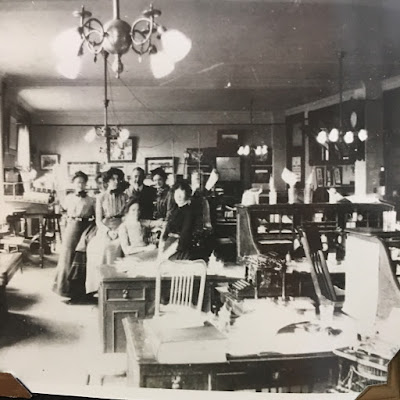 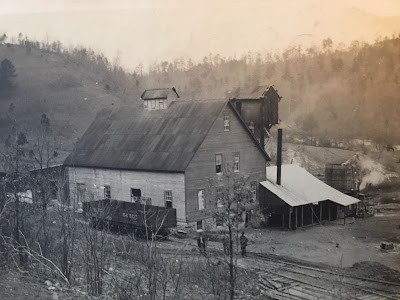 It would be interesting to know what became of this and what resides there today.

She also had a picture of Allan F. Kitchel (and his son on the right, Allan F. Kitchel Jr.).  He was the husband of Helen Binney (whom you saw in the first photo when she was young).  He went to work for Edwin and ultimately became the president of Binney & Smith.  He was there for 50 years!  It's a shame we don't see his name associated with Binney & Smith (Crayola) history.  Guess it's time to change that! 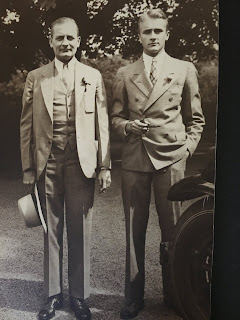 I haven’t really written a comprehensive history on Crayola because it has been done pretty well already.  She shared one such article:  https://patch.com/new-york/peekskill/amp/5541821/bp--crayolas-peekskill-history.  I see no reason to simply repeat what has been done very well (and accurately for once!).  But I sure wanted to share this extra special look into the life of the founders who made Crayola what it is.

It was fun sharing email exchanges back and forth with Kristin.  Being the researcher I am, I had a lot of questions.  Of course, some of them might never be answered but this sure gives us a glimpse into those amazing beginning times.  She shared a few more photos of family and their homesteads which I’ve not included here.
Posted by Ed Welter, the crayon historian