Research is so interesting.  Consider this crayon box: 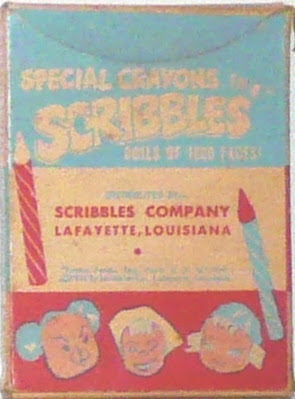 You could have this box as part of your crayon collection and not even think twice about the back story.  But in this case, it has a very interesting back story.

Elvy Kalep was responsible for producing this crayon box. 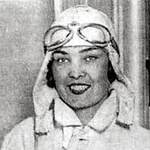 It was an integral part of the company that she created where she was making dolls with blank faces and providing a box of crayons for children to color the faces on them and wipe them off and do another.  And that might be enough to know for a collector but you’d be missing so much more to the back story. 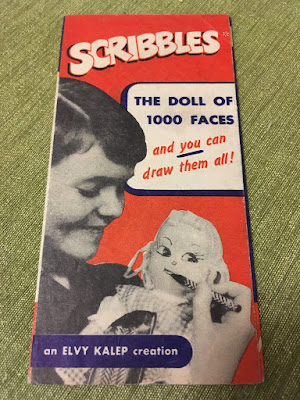 Elvy Kaep was born in Estonia in 1909 and she witnessed the first shot fired in the Russian Revolution as a young girl after fleeing Estonia from the Russian Kaisers. She managed to escape Russia but it took 8 years behind the Iron Curtain and through the Far East before she ended up in Paris and studied art there. Then she went to Germany and had taken up flying, bobsled competition and race car driving. She wrote a children's book on aviation that had a forward by Amelia Earhart. 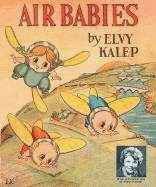 While she was in Germany she was advised to flee as Hitler grew more powerful there. She escaped to the Netherlands with the money from the sale of her plane hidden in a candy box. There she studied blind flying. She made it to New York in 1932 and did her aviation flying until the war. She was close friends with Amelia Earhart and her disappearance impacted Elvy's world.

During the war she started her business selling dolls with a parachute that she created. She was forced to close the business in 1946 due to health issues and had no money after covering her health costs. She made money for several years selling toy designs to other firms and then in 1950 when she was recovered, she started the Scribbles doll based on an idea from the hundreds of blank doll heads left over from her earlier business. The Scribbles doll lasted only a decade and later she began to work with leather as a medium making mosaics that fascinated the art world. She had shows in the 1960s and 1970s for that particular art.  Her paintings and art were collected around the world. 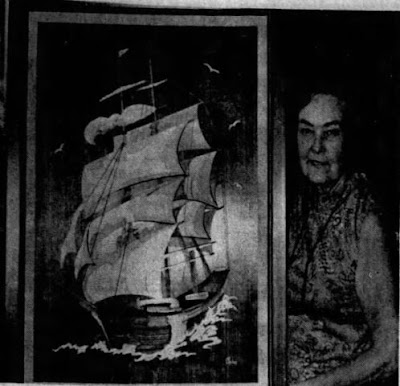 She lived to be 90 and died in Lake Worth, FL where she had been living for many decades.

All of this great story starting from one crayon box!
Posted by Ed Welter, the crayon historian