Crayola is set to launch their newly formulated "Colors of the World" crayon box to address the myriad of human skin colors. 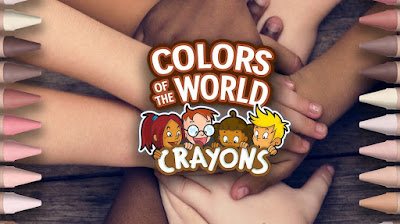 The new box contains 32 specially formulated colors.  24 of those colors were designed to represent 40 unique skin colors.  These will come out in a 24-color box and there will also be a 32-color box offering that includes and additional 4 colors to represent hair colors and another 4 to represent eye colors. 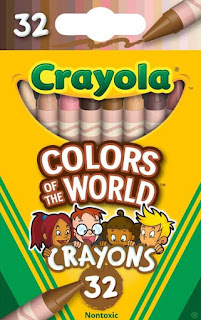 “With the world growing more diverse than ever before, Crayola hopes our new Colors of the World crayons will increase representation and foster a greater sense of belonging and acceptance,” says Rich Wuerthele, the new CEO of Crayola who was hired on in January to lead the company. “We want the new Colors of the World crayons to advance inclusion within creativity and impact how kids express themselves.” 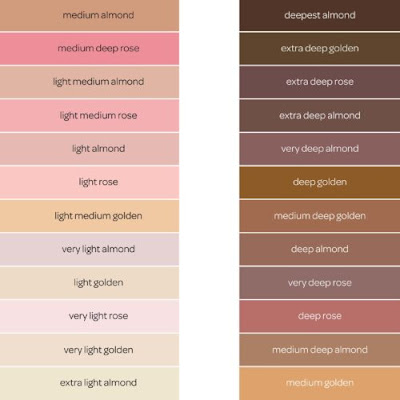 “Growing up, I remember mixing the pink and dark brown crayons to try and make my shade, so I was thrilled when Crayola asked for my help to create the Colors of the World Crayons," said Casale, “Finding someone’s right shade has been a goal of mine for my whole career. Now, people can identify themselves in a box of 24 crayons. This is going to change things.”

This isn't the first time someone has influenced changing things at Crayola regarding the perception of skin color and their crayon colors.  I wrote about the history of the color "Flesh" and how back in 1962 June Handler influenced the change in the name of the color after her studies and observations of children's behaviors when coloring people using their crayons.  You can read about it here:  History of Flesh

Of course, the real misunderstanding is that Crayola simply pulled "Flesh" from the art world where it had been used long before wax crayons were available and continues to be used in other industries to this day.  Why?  Because it is a viable color.  Flesh represents not skin pigment (melanin) but that part in which the melanin is absent.  Look at the palms of anyone on the planet...that is the legitimate flesh color.  Look at a person with vitiligo (a condition that causes patches of skin to lose their melanin) and that is the color Flesh.  But as with so many things, the general public confuses that legitimate definition with skin tone and it became an "issue" around differences between humans of various origins because there weren't enough color options to cover the human range at the time.

Since that time, Crayola has continually evolved and moved forward the effort at equality in colors to use for coloring humans. 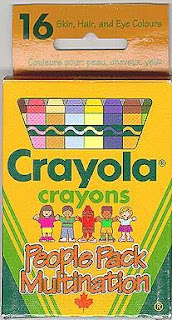 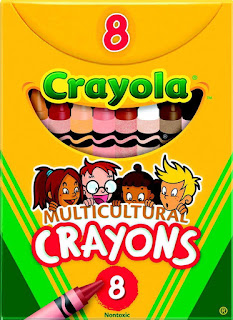 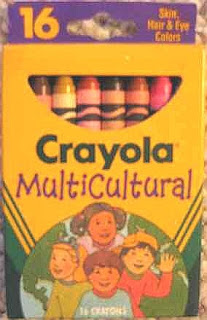 Each of these boxes represent a look back at their continued evolution toward equality.  These were only partially successful because they were not specifically designed to represent the spectrum of skin colors.  Instead, they were existing colors bundled together to help achieve that goal.  The results were still limiting.  It looks like Crayola has achieved what June Handler sparked way back in 1962 with their new launch.

The new launch will be in July 2020 (unless COVID-19 changed that goal) and it will be through Walmart exclusively.  Crayola has been nurturing specific crayon partnering with companies such as Walmart and Target for decades now.

And for collectors, this adds another 32 color names and true colors to their color history (which I will document in my ongoing color history elsewhere in my website).  In the meantime, enjoy the latest offering from Crayola.
Posted by Ed Welter, the crayon historian