Just who is Crayola's Tip?

With Crayola changing their large box core products to a new design this year featuring Tip, I thought it was time to ponder just who this character is and when he started.

Tip is the Crayola character/mascot that they use on many of their crayon products.  He is a characterized crayon.

He started to appear somewhere around 1992 as near as I can figure.  Crayola remains a bit mysterious on his origins when looking at their own web site and material.  Nothing new there. 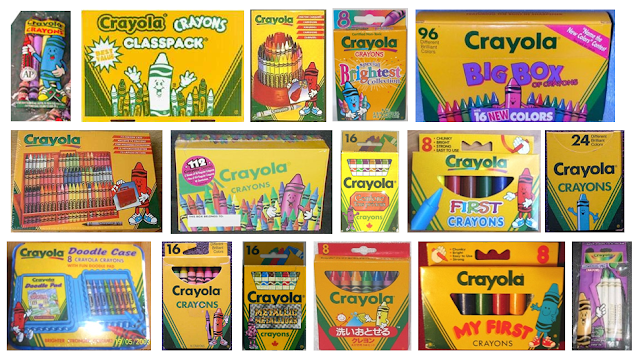 He's been on virtually all the 96-sized boxes of crayons they put out but Tip does get around on various sized boxes, various crayon lines and even on the European, Canadian and Asian boxes.

With all the new sets featuring Tip, it looks like his popularity is growing, not fading. 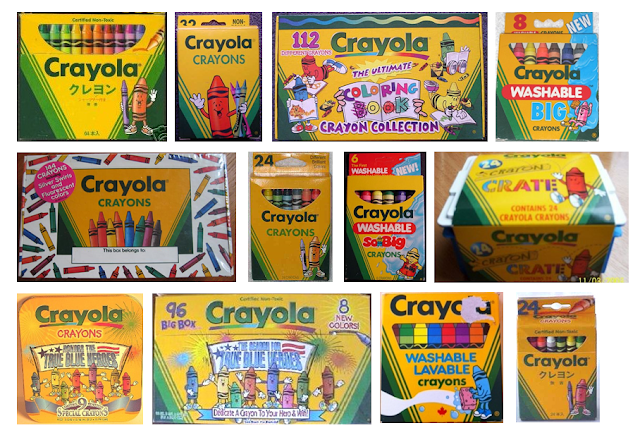 It's not the first time Crayola has used other characters on their boxes though.  Let's look a some of the other characters drawn onto their boxes over the years.  Bear in mind that none of these have had the generic appeal or intent of Tip who was used on so many of their products: 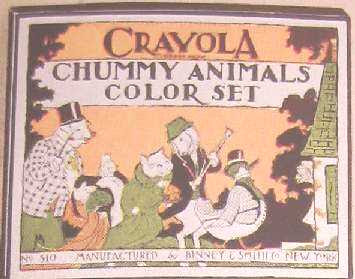 First up is the Chummy Animals characters from one of Crayola's failed Toy Set line in the early 1920s.  Many of the Toy sets were themes and so there were a lot of one-off characters.  Very few of their boxes in the early days featured a lot of graphics. 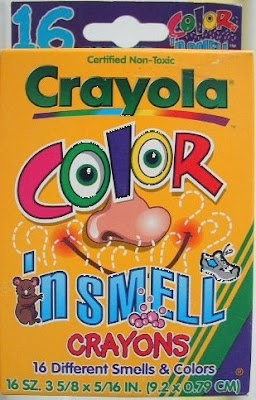 For their Color 'n Smell line they used some graphics such as the nose and also the small mouse and shoe.  The earlier Magic Scents just had a couple of the objects to smell such as a strawberry or a rose. 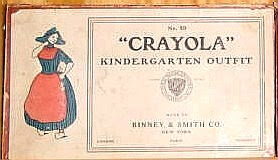 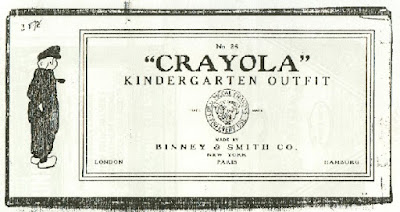 Crayola's extension of their failed Toy Set line was their Kindergarten Outfit.  Every self-respecting crayon company had one of these in the 1930s and Crayola was no exception to this.  They used a Dutch boy and girl on their Outfits. 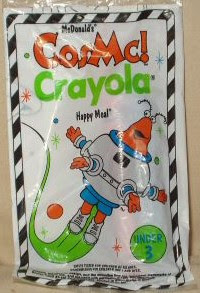 Of course, when they worked with other companies they sometimes had characters such as this space one they did for a Crayola giveaway in a McDonald's Happy Meal. 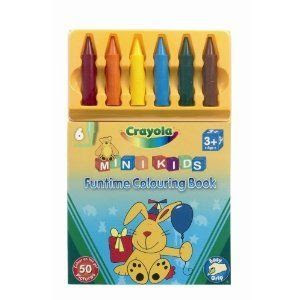 Their Mini Kids line in Europe always contained blocks to spell out the crayon line and featured a small bear.  Along with that, they used this bunny on this particular box.

With their multicultural line they drew in a world with kids in some way.  There were usually always four of them and they had different variations over the years on this line. 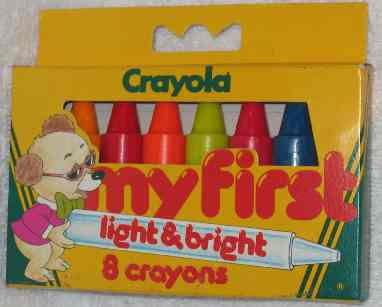 The My First line was another European crayon line that featured characters on the box; in this case a bear.

I thought I'd put this Tip box here as it isn't really Tip, it's more like "mini-me Tip" or Tip as a kid.  This was another European box. 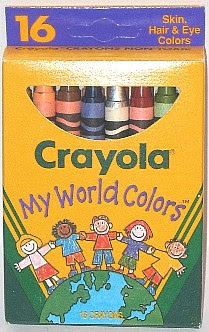 The "My World Colors" was another variation of the Multicultural line of crayons and while different, this used the same theme of kids and a globe.  In this case there are five kids instead of four and they are more animated than real looking. 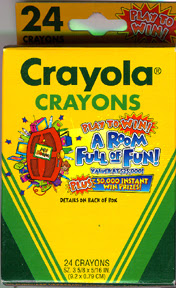 With the "Room Full of Fun" box they added a door exploding open with the force of all the stuff crammed inside.  This was a one-off for a promotional offer. 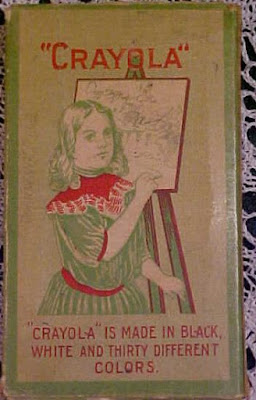 And while the school girl was never really on the front of their boxes, she was on nearly all of their original boxes in the back.  It's a good way to know if you have a vintage early box. 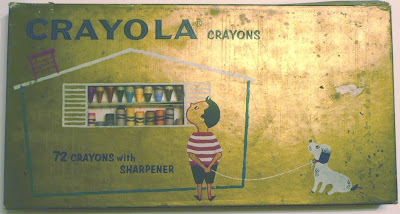 When they introduced the 72-color box, they originally had a box and his dog on it but those faded away with the actual launch design. 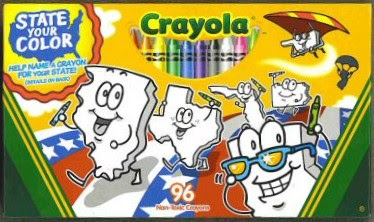 For their "State Your Color" event, where they offered everyone to help them name a color for their state, they used the outline of the states as characters on the box.  Generally all of their largest boxes had graphics whereas the small sized boxes didn't. 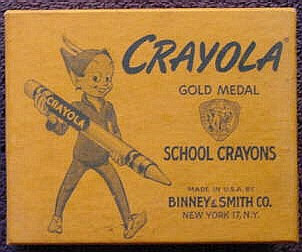 For awhile they sold their bulk crayons (crayons all of the same color ordered specifically or bought from a non-retail specific location) they used an elf.  This was the first version. 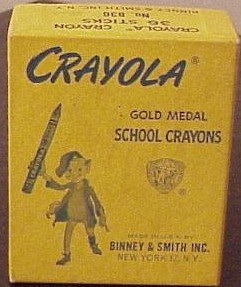 Later they flipped the box up and created this version of the elf. 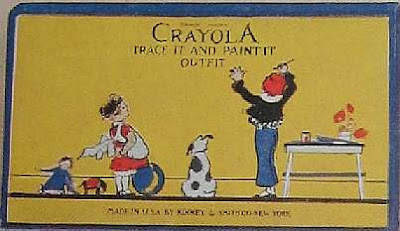 Here's another of the failed and rare Toy Set line drawn with characters.  This one, like the other I featured above, has never surfaced.  It is only through advertising that we know they existed. 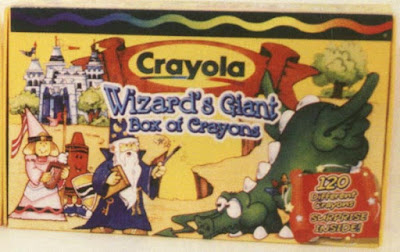 For the Wizard's Giant Box of Crayons they featured Tip but they also added a lot more graphics to it.

This World-Pak box featured a plane and two kids as a promotional effort on travel. 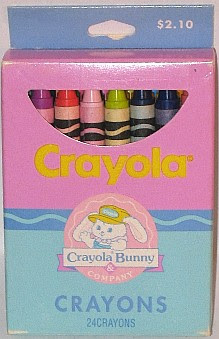 As part of their Easter promotion they used this bunny and created a box with very Easter-like colors.

So...as you can see, it looks like Crayola did indeed do a lot of graphics over the years.  It's only when you inject these alongside over a thousand different boxes where they didn't do any that you realize how unique these particular examples were to their business model.
Posted by Ed Welter, the crayon historian